The new presidential administration is expanding the government’s enforcement of the federal Fair Housing Act (“FHA”). Community associations are subject to the anti-discrimination provisions within the FHA. The FHA expressly prohibits discrimination based upon “sex” in the housing realm.

Based upon Executive Order #13988 issued by President Biden on January 20, 2021, and the U.S. Supreme Court’s 2020 decision in Bostock v. Clayton County__, the U.S. Department of Housing and Urban Development (“HUD”) released an important Memorandum on February 11, 2021. That Memorandum declared that the FHA should be interpreted to protect against discrimination based upon an individual’s sexual orientation and gender identity, and in part, reflects an attempt to unwind historical efforts to deny fair housing to lesbian, gay, bisexual, transgender and queer-identifying persons. Moving forward, HUD may investigate and prosecute claims of housing discrimination premised on sexual orientation and gender identity. That directive will also apply to state and local agencies, such as the Michigan Department of Civil Rights, which process discrimination complaints in partnership with HUD via the Fair Housing Assistance Program.

The HUD Memorandum also provides enforcement agencies until March 13, 2021 to review all discrimination complaints received since January 20, 2020, and to notify those individuals complaining of discrimination based on gender identity or sexual orientation that they may have timely causes of action that can be filed. Expect to see further announcements from HUD as this policy evolves and technical guidance is issued to partner agencies charged with enforcing housing discrimination complaints.

This is a significant development for community associations because of additional exposure to fair housing claims via an expanded interpretation of the FHA. Community association rules, regulations and actions should be judged on whether there will be a discriminatory impact in relation to gender identity or sexual orientation, and boards must be cognizant of how to appropriately handle concerns raised by LGBTQ residents.

If you have further questions about the effect of this HUD Memorandum, please contact one of the experienced attorneys at our Firm. 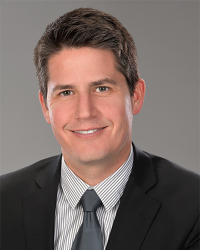