As renting residential property in Michigan via websites has grown in popularity, so too have complaints from neighbors living in deed restricted communities. While these short-term rental opportunities may benefit the individual lot owners, they can represent a burden to some communities. A recent decision from the Michigan Court of Appeals serves as another in a growing collection of Michigan decisions holding that the short-term rental of property does not constitute residential use and is therefore a violation of the deed restrictions requiring the same.

I. Short-Term Rental of Property Is Not “Residential Use”

In Cherry Home Association, Keith Baker and Amy Harrison owned a lot located in the Cherry Home community. The community was subject to restrictions recorded in 1965, with one of those restrictions limiting the use of the land to “residential use.” Mr. Baker and Ms. Harrison began renting their lot on a short-term basis, and argued the lot was rented for use as a residence, and therefore permissible under the restrictions.

The Court disagreed with this argument and held that the plain language of the restrictions clearly limited the use of lots in the community to residential use. The Court applied definitions of “residential” from prior holdings in the Michigan Supreme Court. Those definitions looked to the permanence in a residence, which is demonstrated by the occupant’s actions, including a continuity of being physically present in the residence and storing personal property within the residence. As noted by the Court, this use specifically excludes uses that are transitory in nature as “[t]here is no permanence, either physiologically or physically at that location.” The Court held that the weekly rentals did not establish the type of permanence needed to demonstrate residential use of the lot, and the use of the lot for short-term rentals was in fact a violation.

II. No Waiver Of Ability To Enforce Restrictions

The Court reviewed the testimony and found that it did not support the defendants’ contention that short-term rentals were a widespread occurrence in the community. In fact, many members were unaware that short-term rentals were taking place and none of the witnesses who engaged in those activities had previously informed the association of their activities. Additionally, there were few complaints over the years concerning short-term rentals. It wasn’t until the association received complaints of ongoing activities at defendants’ lot (e.g., increased noise and traffic, trespassing, loose and barking dogs, unauthorized use of community amenities) that the association became aware of defendants’ activities. The restrictions also stated that “failure by the Association or any owner to enforce any covenant or restriction herein contained shall in no event be deemed a waiver of the right to do so thereafter.” The Court held that the character of the community was not so altered that the restrictive covenant provided little or no benefit, and therefore, the association did not waive its ability to enforce the residential use restriction.

This case, though unpublished, serves as another decision holding that short-term rentals in Michigan violate “residential use” restrictions. Also worth noting in this case is its reinforcement of the effectiveness of the anti-waiver provisions often found in a homeowner association’s governing documents. Often, when an owner is alleged to have violated a restriction in the governing documents, the first line of defense is claiming that other members committed the same violation. This decision says otherwise and Michigan HOA and condominium boards can continue to feel confident that the acts, or failure to act, by a prior board does not prohibit future boards from pursing current enforcement of those restrictions.

If your Michigan HOA or Michigan condominium association has concerns regarding short-term rentals in the community, you should contact the Michigan community association experts at Makower Abbate Guerra Wegner Vollmer. 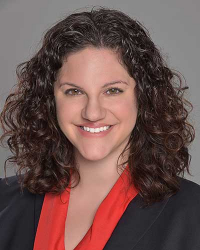