The decline of smokers and smoking within one’s home in recent decades has led many co-owners in attached units to expect a relatively smoke-free living environment. However, the legalization of marijuana, first for medical purposes and now recreational use, has increased the number of complaints that associations must deal with involving unwanted odors. The recent opinion issued is Davis v. Echo Valley Condominium Ass’n et al, 349 F.Supp. 3d 645 (2019), provides community associations with some much-needed guidance on dealing with these types of annoyance and nuisance claims. In short, while associations can take some enforcement actions to address complaints about smoking odors, a high burden exists to establish smoking is a bylaw violation that warrants fines or legal action.

Phyllis Davis was a co-owner in the Echo Valley Condominium Association and suffered from asthma. Ms. Davis complained that the smoke from a downstairs unit in her building affected her asthma and requested that the Association take enforcement action against the downstairs unit. Ms. Davis argued that the Fair Housing Amendments Act required the Association to grant her the reasonable accommodation of banning smoking in her building. Ms. Davis further argued that allowing smoking to continue in the downstairs unit violated the bylaw prohibition against any act that is an annoyance or a nuisance to the co-owners. Both arguments were summarily dismissed at the District Court level, dismissals that were upheld by the Court of Appeals.

With regard to the Fair Housing claim, the Court determined that Ms. Davis’s request to ban smoking was not a reasonable accommodation. Reviewing the text of the Fair Housing Amendments Act and established precedent, the Court held, “the phrase ‘reasonable accommodation’ means a moderate adjustment to a challenged policy, not a fundamental change in the policy.” Because the Association’s Bylaws did not prohibit smoking within units, banning smoking was not a moderate adjustment to the policy of allowing smoking, it was a fundamental change to the policy. The Court followed established precedent in further holding that an accommodation is not reasonable where it interferes with the rights of third parties. “Davis’s proposed smoking ban amounts to a ‘fundamental alteration’ of the Association’s smoking policy,” and therefore was not a reasonable accommodation.

In upholding the dismissal of Ms. Davis’s claim that smoking with a condominium complex is an annoyance and a nuisance, the Court first observed that other courts “have almost uniformly found no right to relief” based upon nuisance theories. The Davis court provided a helpful guideline for determining when an activity is a violation of an association’s prohibition against annoyance or nuisance by holding that an activity must be one that most residents would reasonably find significantly bothersome. This is in contrast to activities that can generally be expected in a condominium complex. Because Ms. Davis had presented no evidence that her neighbors had unique smoking habits, i.e. habits beyond what one should expect in a condominium that allows smoking, the Court determined that she had not established an actionable annoyance or nuisance under the bylaws.

It is important to note that the association did not simply ignore Ms. Davis’s demands in this case. Letters were sent to the neighbors asking them to take steps to prevent smoke from escaping their unit. The Association, at it costs, installed a fresh-air intake on Ms. Davis’s furnace. The Association even attempted to amend the Bylaws to prohibit smoking in units although this amendment ultimately failed. The Court found that, “These efforts undermine any claim that the board failed to enforce the bylaws.”

Ultimately, when dealing with complaints regarding smoking, an association would be wise to take several steps to address the situation and avoid allegations that the bylaws are not being enforced:

Similar steps were taken by the Echo Valley Condominium Association and ultimately helped that association protect itself from allegations that nothing was being done about the smoking. 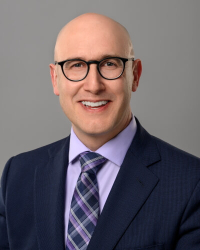