The Financial Risks of Ignoring Mold in Your Condominium

Mold can present a real threat to the structural integrity of a building and can also be harmful to human health. This threat is amplified in attached condominiums since owners can be affected by an instance of mold originating in another co-owner’s unit or the common elements. The risk is also increased when owners are absent for prolonged periods of time or when common elements, such as common basements, are not continuously occupied or utilized, as mold and its causes can go unnoticed. This article will discuss mold, its causes, how to prevent it, and what to expect if or when an insurance claim is filed because of it.

Molds can be found almost anywhere as molds grow on virtually any organic substance, as long as moisture and oxygen are present. Molds can grow, for instance, on wood, paper, carpet, foods, and insulation.

It is impossible to eliminate all mold in the indoor environment as mold spores are part of the natural environment. Although low quantities of mold spores are typically not a problem indoors, large quantities can cause allergic reactions and respiratory problems in sensitive individuals and, in uncommon cases where molds produce mycotoxins (toxic mold), neurological problems and death. Symptoms of mold exposure include hay fever-like symptoms such as sneezing, runny nose, red eyes and skin rash, asthmatic symptoms such as wheezing, difficulty breathing and chest tightness, as well as throat irritation and eye irritation.

Water events such as those associated with flooding or leaking resulting from roof, plumbing or general building maintenance problems, can lead to significant mold growth. High humidity can also be a significant source of water. High humidity environments may exist in warmer months when there is insufficient ventilation or when cold water pipes located behind covered walls or ceilings are not properly insulated. High humidity environments may exist in colder months when there are excessive drafts or artificially humidified homes or when warm air travels through un-insulated plenums in cold areas such as attics. Food sources for mold include cellulose-based materials such as plywood, cardboard, drywall, as well as other kinds of organic matter, such as dust containing skin cells. Mold grows best in warm temperatures (66 – 86 degrees Fahrenheit), though some growth may occur anywhere between 32 and 95 degrees, and will begin to grow between 24 hours and 10 days from the provision of the growing conditions (food, moisture, and warmth).

Associations and homeowners can take several actions to reduce water sources and help prevent mold from forming. These include the following:

If excessive levels of mold are present, Associations and homeowners will likely find that they cannot look to their insurers to remediate the mold. That is, most insurance policies, including commercial general liability, property, and business owners policies, unfortunately include exclusions and limitations for mold claims. The following is a typical exclusion contained in a property or business owner’s policy:

We will not pay for loss or damage, or any increase in the amount of loss or damage, caused directly or indirectly by or resulting from the presence, growth, proliferation, spread or any activity of “fungus”, wet rot or dry rot.

This insurance does not apply to:

a. “Bodily injury” or “property damage” which would not have occurred, in whole or in part, but for the actual, alleged or threatened inhalation of, ingestion of, contact with, exposure to, existence of, or presence of, any “fungi” or bacteria on or within a building or structure, including its contents, regardless of whether any other cause, event, material or product contributed concurrently or in any sequence to such injury or damage.

b. Any loss, cost or expenses arising out of the abating, testing for, monitoring, cleaning up, removing, containing, treating, detoxifying, neutralizing, remediating or disposing of, or in any way responding to, or assessing the effects of, “fungi” or bacteria, by any insured or by any other person or entity.

Fungi is typically defined as any type or form of fungus including mold or mildew and any mycotoxins, spores, scents or byproducts produced or released by fungi.

Michigan courts have upheld these exclusionary clauses, even when the mold results from a covered cause of loss, such as a roof leak caused by ice damming. For instance, in Hayley v Allstate Ins Co, 262 Mich App 571, 686 NW2d 273 (2004), the plaintiffs’ home sustained water damages because of ice damming on their roof. The damages consisted primarily of flooding of the carpet in a bedroom and the family room. The insurance company paid for the clean-up and replacement of the water damaged carpet and the plaintiffs believed the problem had been resolved. However, a year later, the plaintiffs discovered a toxic form of mold in their home when they removed the suspended ceiling tiles in their utility room. They filed another claim with their insurance company, but this time the insurance company denied the claim pursuant to the mold exclusion contained in the policy. The Michigan Court of Appeals held that the claim for the mold cleanup was properly denied, even though the mold was caused by the roof leak.

While some policies completely exclude coverage for mold-related losses, others provide a limitation to how much coverage an insurer will pay for a claim involving mold. Limitations typically range from $5,000 – $25,000. However, even though a policy might merely limit, rather than exclude, coverage for mold related claims, there are times when an insurer can rely on an exclusion separate and apart from the mold limitation provision to avoid paying even the capped or limited amount. For example, if mold was caused by a leak in a pipe caused by rust or corrosion in the pipe, the insurer can rely on exclusions for damages caused by wear and tear, rust, corrosion, or decay. Similarly, losses caused by mold can be excluded by provisions excluding damages resulting from “constant or repeated seepage or leakage of water or the presence of condensation or humidity, moisture, or vapor, over a period of years, weeks, or moths,” or “faulty, inadequate, or defective designs, specifications, plans, workmanship, repair, construction, renovation, remodeling, grading, or compaction.” These exclusions are contained in most policies.

To date, Michigan courts have upheld every coverage exclusion or limitation asserted by an insurance company in mold-related cases. Therefore, it important to address mold concerns with your insurance agent when renewing insurance policies each year, and be informed about what is and isn’t covered under your policy.

Mold can be a serious issue that can have both health and financial impacts. It’s important to be proactive in preventing mold growth and to address any issues promptly to avoid costly repairs and potential legal liabilities. Condominium owners should be aware of the increased risks of mold due to the attached nature of their units and the potential for mold to spread from one unit to another. By understanding the causes and prevention of mold and knowing what to expect in the event of an insurance claim, you can protect yourself and your property from the damaging effects of mold. 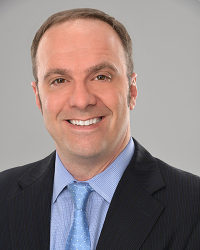