The Department of Housing and Urban Development’s Final Rule: Is Your Association Liable?

The rule clarifies that “quid pro quo harassment” and “hostile environment harassment” are violations of the Federal Fair Housing Act. Quid pro quo harassment occurs when an occupant, resident or prospective occupant or resident is caused to believe that occupancy, privileges or services will only be provided if the person submits to an unwelcomed request or demand. In the employment context, the most common unwanted request or demand is in the nature of sexual favors. Hostile environment harassment, on the other hand, occurs when a person is subjected to sufficiently prevalent or severe unwelcomed conduct which interferes with their right to use and enjoy the property or services. A hostile environment can be created by a board member, another resident or an association contractor.

Prompt action under the final rule requires more than taking some action, it requires taking every action that is necessary and available to end the discriminatory practice. Most condominium and homeowner association governing documents provide a spectrum of enforcement options from violation notices to filing a Complaint for injunctive relief. Michigan condominium and homeowner associations are generally afforded the right to seek injunctive relief in their governing documents. Further, most associations are formed as nonprofit corporations under the Michigan Nonprofit Corporation Act. Section 261 of the Nonprofit Corporation Act (MCL 450.2261) provides that a nonprofit corporation may “sue and be sued in all courts and participate in actions and proceedings judicial, administrative, arbitrative, or otherwise…” Condominium associations are also able to utilize the remedies provided in Section 112 of the Michigan Condominium Act (MCL 559.212) to evict a tenant or nonco-owner occupant who is discriminating against others in the community.

As with other fair housing claims, the association cannot charge the complaining owner for any of the costs incurred in responding to and defending this type of claim – doing so can be considered retaliatory discrimination even when the initial claim is frivolous. The best course of action for an association is to be proactive and adopt appropriate policies and procedures before actually facing a fair housing claim.

Each association is unique and should consult with appropriate legal counsel to fully understand its rights and responsibilities under this rule and to draft a thorough policy to help prevent discrimination and outline how the association will respond to discrimination complaints. 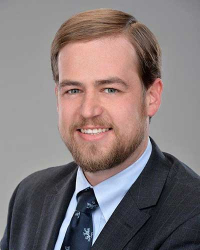